So we recently had a project in which we had to design 5 elves. Three of them were pre-described in a cute story given to us, while two of them were left to whatever we wanted to do. It was a really fun assignment! c: 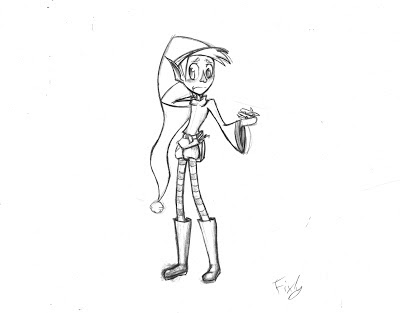 This one is Fixly. He was one of the ones in the story. I didn't push his design all too much; as he seemed to be the main character, I wanted it to look interesting, but not too exagerated. 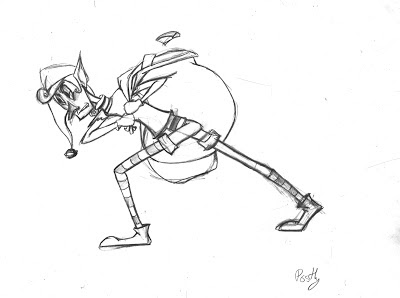 Postly is another from the story. I tried pushing the design a little more here, but not as much as I was trying for. Still, he was fun to work on too, and it gave me a good opportunity to try pushing more force into my poses. 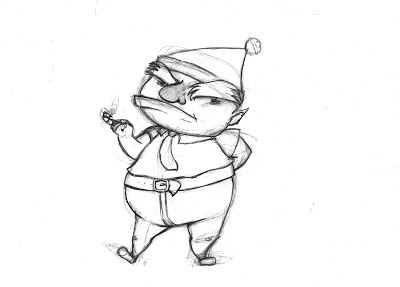 Snootkin was the final one mentioned in the story. I'm not all too fond of the design, I feel I could have made him look more appealing had I spent more time on him. I struggled to pose him, too, but I think I got something okay in the end. 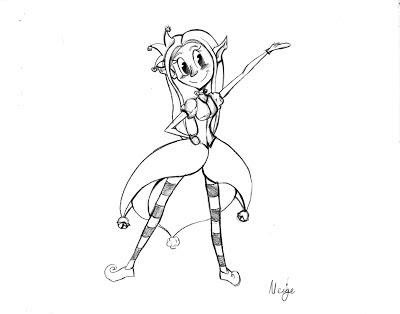 Neige was the first elf completely of my own design. After my previous project, in which I had tried to make a male character who was noticeably male, I took this opportunity to make a pretty, girly elf princess. She was the most fun to design, although I chose not to push her exageration too far. 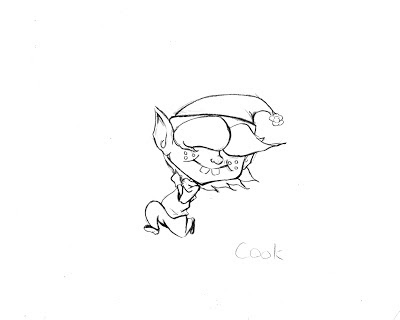 Cook's the second elf  I made. Since I already had Neige, who was a little tall and fairly skinny, I wanted someone short and stubby- but still cute. Having him as an energetic kid really helped me find a dynamic pose, too. If I were to redo him, I think I'd round his face off more, but I'm pretty happy with him!
﻿
Posted by Jordan at 6:22 PM No comments: 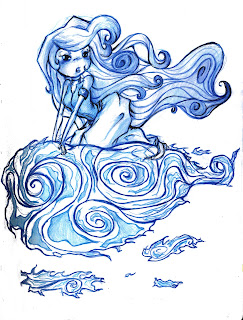 This is actually a pretty early on drawing in my sketchbook. I like it, it was fun to work on~
Of course, now that it's been a while, there's quite a few mistakes I can see, ha ha.

This is mostly a doodle of Frankie, also from a while ago. We had a project concerning Foster's Home, and I really liked Frankie's design. 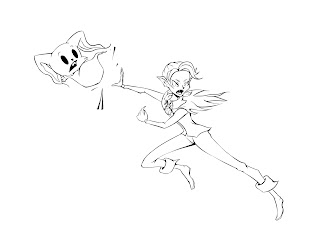 This is from a project we had in character design class. We had to design a halloween-themed character and their sidekick. After a million pages, this was the end result. 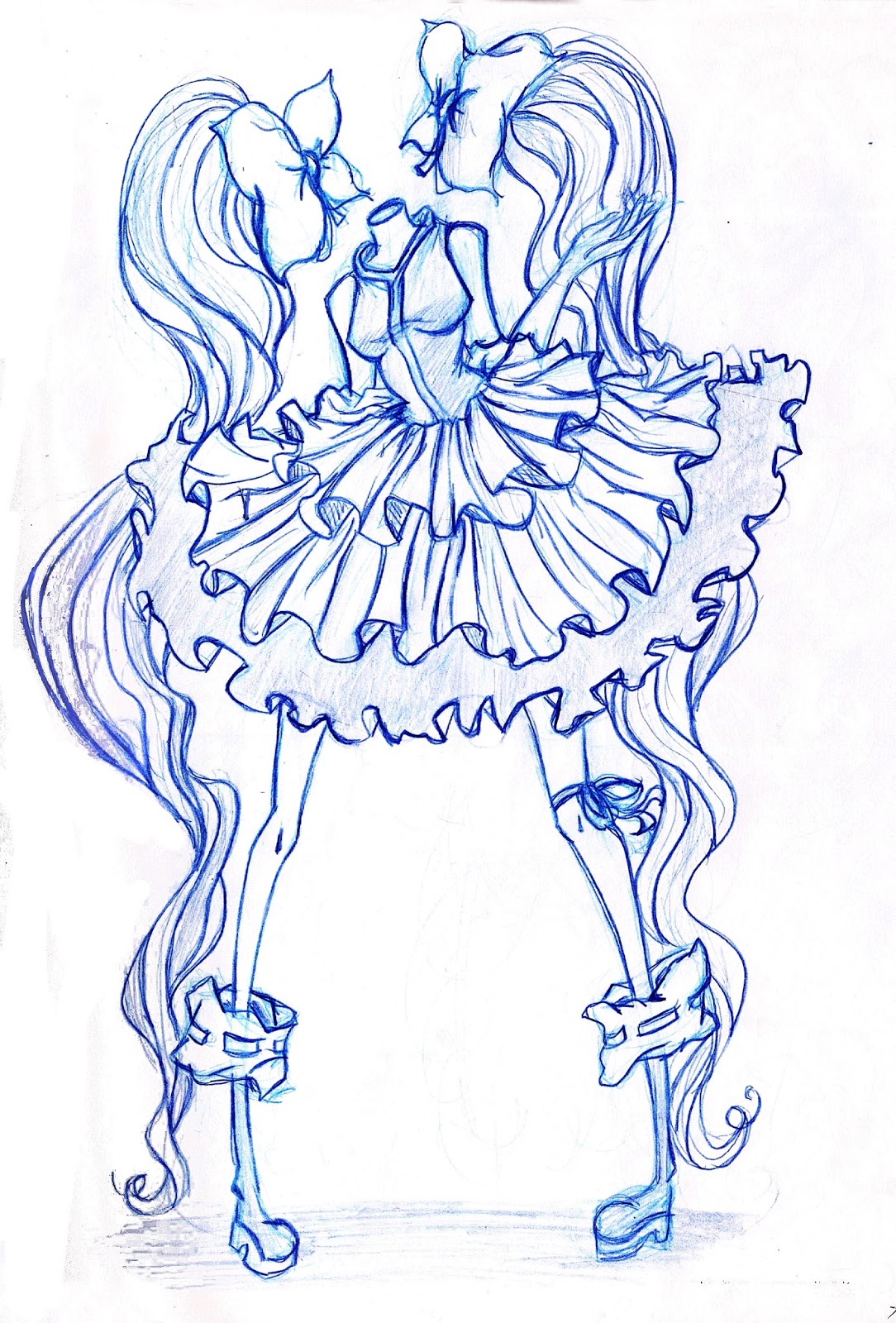 This spawned from me just wanting to draw a crazy, frilly dress. It was fun!
Posted by Jordan at 2:53 PM No comments:

﻿My next batch of drawing jams for Tara's Drawing Jam.
As much as I didn't care for the show, drawing in Braceface style was fun! 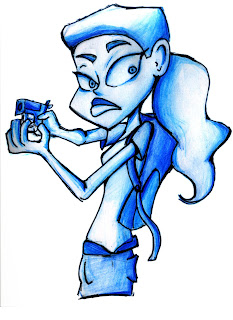 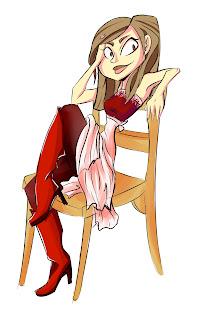 Posted by Jordan at 2:47 PM No comments: